LEVIN is on the bench!

Finally, after some time to get things just right, the next CESYG module is almost ready for release.  LEVIN is an LED Voltage Indicator with a seemingly simple function: show an input voltage on a large LED bargraph.  I think it does it rather well.  Here's the first completed module after testing: 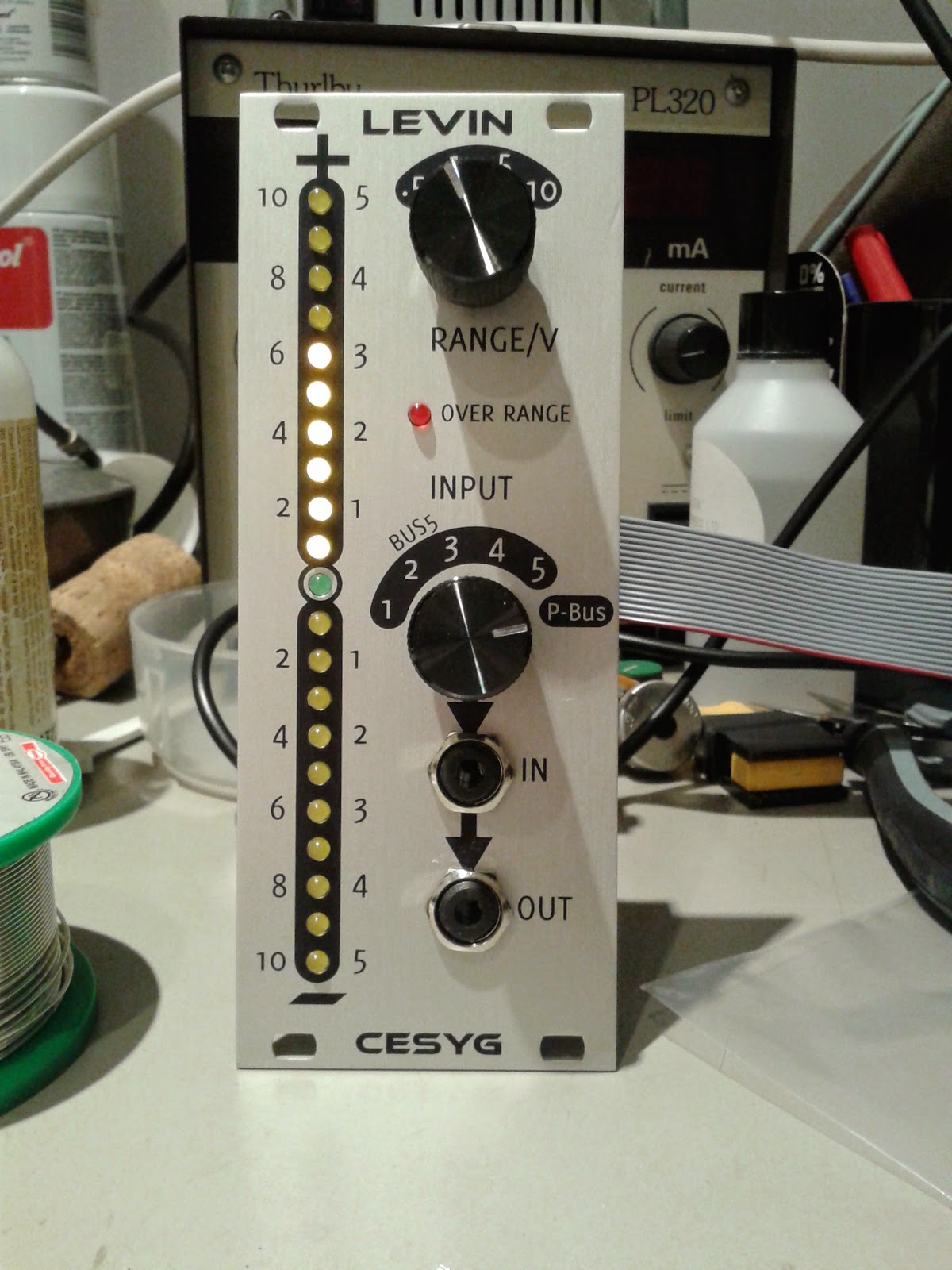 Note that in the above picture it looks like several LEDs are on at the same time, when in fact that is simply due to the LEDs sweeping upwards while the camera was capturing the image.  To keep the current consumption under control the display is always in dot mode.

All that remains to do is finish writing the manual, get it printed and bound, and then package up the first batch of modules ready for shipping.